One of the challenges photographers beginning to face is recognizing the controls of exposure-that is, aperture, shutter speed, and ISO.

But it is a more technical subject for another article to understand how these environments work together. In the meantime, let these three settings be used as a simple introduction to the following:

In this article, we concentrate on shutter speed specifically to gain an improved understanding of what it is, what it does, and how it can be managed.

What is shutter speed? 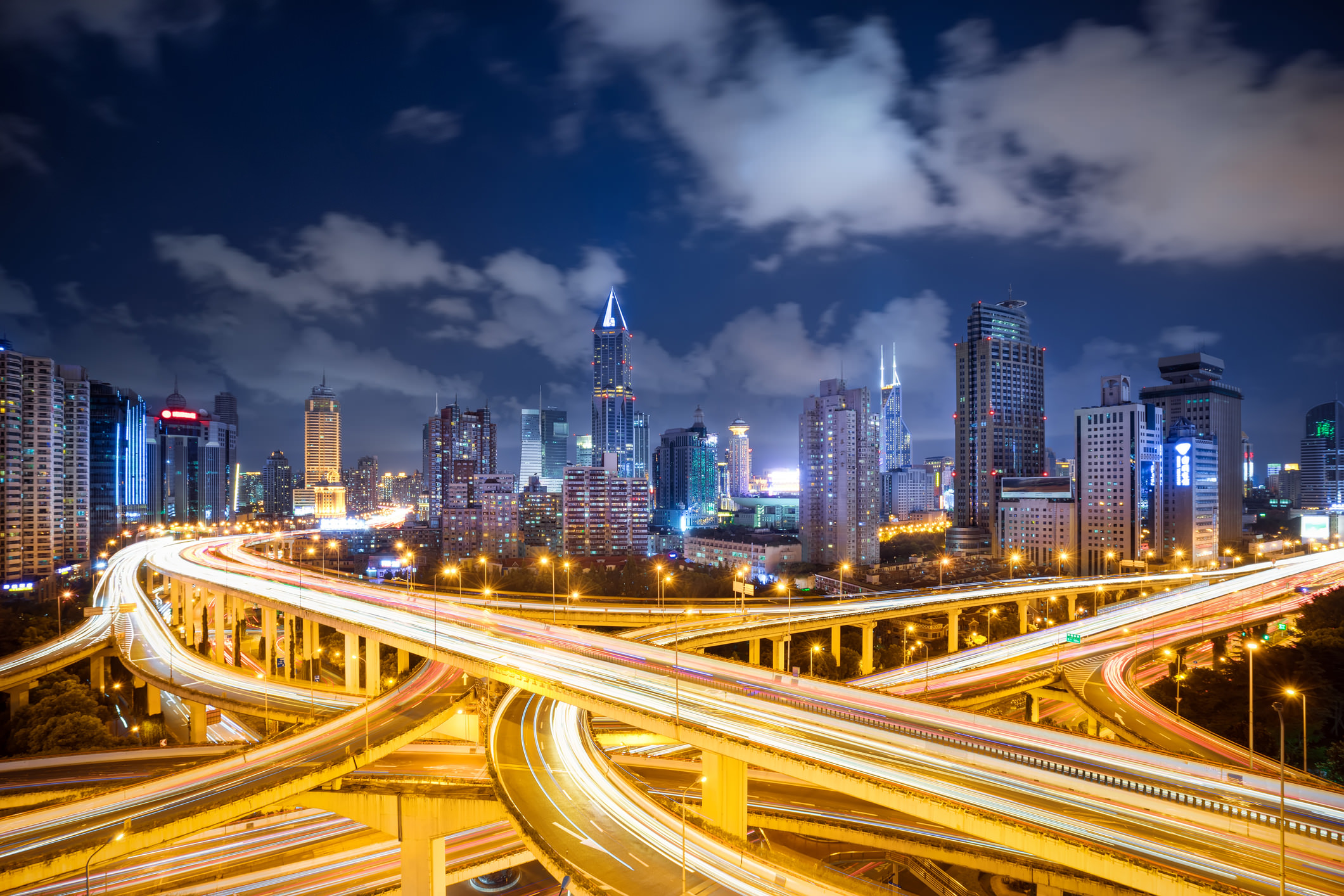 Two particular things are responsible for shutter speed: adjusting the photo’s brightness and producing dramatic effects by either freezing action or blurring motion.

Not only do you need to build each individual’s working knowledge, but you also need to learn how to produce a well-exposed picture together.

How does it work?

Compare it to your eyelids is a simple way to understand shutter speed. For example, if you close your eyes, then open them without blinking for 1/2 second, then shut them again, you have produced an exposure of 1/2 second for your eyes. That is, light has been able to pass through the retinas for that 1/2 second.

With your sensor, lens, and shutter, the same thing happens. A shutter speed of 1/2 second means that the shutter opens for 1/2 second when you push the shutter button, allows light to pass through the sensor of the camera and then closes again.

Depending on the camera mode you are using, the length of that action is decided either by your camera or you. We’re going to get into that a little more.

How is shutter speed measured?

Shutter speed is measured by fractions of a second, such as 1/200 seconds or 1/1000 seconds. Some high-end cameras offer up to 1/8000 seconds of shutter speed.

However, shutter speeds on most cameras can extend to much longer times, usually up to 30 seconds. This time can be extended in minutes or even hours by using the so-called Bulb Mode, which is denoted in the menu system of your camera with a B symbol and gives you many creative options to use shutter speed.

How is it displayed?

If the shutter speed is a fraction of a second, most cameras will only display the denominator, so if you shoot at 1/500 seconds, you will see only 500 in the viewfinder. If the shutter speed is one second or longer, a double quotation mark is often observed, such as: 1″ or 5″ which indicates that your shutter is open for a second.

What is a Bulb, Time, and Sync Modes

This tip is somewhat technical, but keeping in mind is still important. Some cameras provide more than the standard shutter speeds that I have described above. Specifically, you may see other choices called “T,” “B,” “x200,” or “x250.” Not every camera will see all of these extra settings. Some cameras have just one or two of them. They are still important and deserving of reporting, though.

It means that the shutter speed of your camera is the length of time you hold down the shutter button. (That’s just the main button that takes a picture.) So, if you’re in bulb mode, you can hold down your shutter button for as long as you want— even for a few minutes— and your camera will be exposed for a very long time. This is especially useful if you have a remote or shutter release cable from outside. It’s difficult to physically hold the release down for that long, and it usually causes a big camera shake.

This sets the shutter speed automatically to your “camera sync speed”— the fastest shutter speed possible that still allows you to use a flash. That’s no different from 1/200 seconds, 1/250 seconds, and so on. Nevertheless, some people in the camera menu frequently change their flash sync speed, and this setting will automatically pick up on that, so for some users it’s just one less thing to remember.

Sometimes you’re going to want more than 30 seconds of shutter speed. If so, use Bulb mode and remote external shutter (or just Time, if your camera has it)

As noted above, shutter speed does not only regulate how long light is allowed to pass through the lens to the sensor of your camera; it is also responsible for the appearance of movement in your images.

Of course, if you want to freeze a moving object’s motion, you need to use a shutter speed that is as fast or faster than any movement.

For instance, the photographer used a fast shutter speed, say, 1/1000 seconds to make the runner appear frozen in time in the photo below:

The distance from the subject that you are often influencing the speed needed to freeze movement. The closer you are, the faster the shutter speed is required because more motion is noticeable of the subject in the picture. This applies to the focal length of the lens you are using as well, you can use a slower shutter speed with a wide-angle lens than you can with a telephoto lens, because the size of the subject in the frame is more pronounced when using a telephoto lens.

Here’s a few suggested shutter speeds for freezing the movement of different subjects:

What is the fastest shutter speed on my camera?

The difference between fast and slow shutter speeds

Slow shutter speeds are also used to take pictures of the Milky Way or other phenomena at night, or with a tripod in dark settings. Landscape photographers may purposely use long shutter speeds to create a sense of movement on rivers and waterfalls, while keeping everything else clear.

If you want to blur running water like the example below, a slower shutter speed like 1/4 of a second would have to be used. You will often need a tripod if you use a slow shutter speed to help avoid camera shake.

A shutter speed of 0.25 sec (1/4) took the image of the blurred water shown above. I was lucky enough to hold the digital camera steady at this speed to avoid using a tripod.

In comparison, here is a water photograph taken with a faster 1/60 sec shutter speed so that every bead of water can be seen.

Blurring motion, of course, requires a slower shutter speed in order to get the blur you see in the image below.

A speed of just 1 second may be sufficient in this case to get the light trails seen in the above picture. You may need a shutter speed of 5-10 seconds or longer to get blurred movement for slower moving subjects like a person walking.

Therein lies one of the problems with using shutter speed creatively: the subject’s speed will partly determine what shutter speed you need to make sure the subject is either frozen or blurred. Which means that for the visual effect you like, you will often need some trial and error to get the right shutter speed.

Another problem with slower shutter speeds is that you can’t hold the camera in your hand easily and get a bright, sharp picture like the one above. Which means that to balance your camera you will need to use a tripod. A general rule of thumb is that you will need to help the camera with something other than your hands until the shutter speed slows down to about 1/60 seconds.

How to find your range of available shutter speeds

Every camera has a number of shutter speeds that you can set. Your camera could capture exposures from 1/4000 seconds to 30 seconds, for example.

You must be in manual mode or shutter-priority mode (referred to on most cameras as “S” or “Tv”) to configure this. It’s not something you can control from Auto. Without your input, the camera selects the shutter speed in Auto.

Do you know how to determine the speed of your camera shutter?

It’s normally really easy to find. The shutter speed is typically located in the top left corner on cameras with a top panel.

Shutter speed will not appear as a fraction of a second directly on most cameras–it will typically be a regular number. You will see something like 1″ or 5″ (with the quotation sign to signify a full second) if the shutter speed is longer than or equal to one second.

If you are still unable to find the shutter speed, set the camera to “Aperture Priority” mode and make sure that “AUTO ISO” is switched off. Then, start pointing from dark to bright areas around your camera. Your shutter speed will be the number that changes.

How does shutter priority mode work?

Shutter priority mode is a semi-automatic shooting mode that prioritizes shutter speed over the other two exposure settings (aperture and ISO).

That means you can decide what shutter speed the camera will use when choosing this mode (as well as the ISO), and the shutter speed will remain constant until you adjust it.

Perhaps better, the camera selects an aperture value that fits with the shutter speed that you choose to get an image that is well lit. So, you get more creative control over your photos, but you don’t have to be frustrated by selecting all three settings for the shot. This makes shutter priority mode a good way to start taking more control over the settings of your camera without deep diving into full manual mode.

Let’s assume, for example, you want to create an image like the one above where you freeze a dog’s movement toward you. Let’s say a 1/1000 second shutter speed is required. So, change the mode dial of your camera to T or TV, dial in 1/1000 second shutter speed, make sure that the ISO is 100 or 200, and frame the image. Due to the shutter speed and ISO settings that you have chosen, the camera can decide the aperture required to get a well-exposed image when you click the shutter button.

If that still sounds a little frightening, check out Mike Browne’s video below in which he takes us step-by-step through the process of using shutter priority mode: like all things in photography, it will allow you to practice using shutter speed to your advantage-a lot.

To do so, try a simple exercise where you use varying shutter speeds in shutter priority mode to photograph the same moving subject.

For instance, set up your camera in front of your house on a tripod facing the sidewalk. Have a friend or family member run by at various shutter speeds while you take their picture. Work your way down to a very slow shutter speed, like 1 second, start with something like 1/1000 seconds.

Watch the series of images, noticing how the subject’s motion becomes more and more blurred as the shutter speed increases.

This kind of exercise will also give you an opportunity to experiment with ISO as well, because you will definitely need to adjust it to maintain proper exposure when you change the shutter speed, just like Mike had to do in the video above.

Why do cameras allow you to use so many different shutter speeds from 1/8000 to 30 seconds? The simple answer is that there are scenes that are lighter than others.

When you sleep under the full moon, photography will be pretty dark. You won’t have to work with a lot of sun. In that case, it will be very helpful to have a long shutter speed— something like 15 seconds or 30 seconds. Well, if you want a bright enough picture, it might be appropriate.

Obviously, brightness regulation is an important reason to keep an eye on your shutter speed. But it’s not just that. You must also pay attention to motion blur— the loss of sharpness due to movement in your scene at slow shutter speeds.

You know the basics now. It may take some practice to know all about shutter speed, but in the long run it’s not too hard. I hope these suggestions and tips have helped you to choose the right shutter speed for your images.